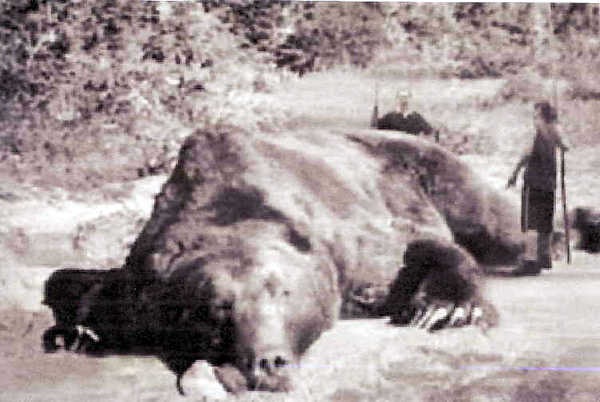 Many Japanese cartoons depict HUGE sized animals in their manga and such. Many of those animals are wild boars but bears are very common in Japan too.

Check out this vintage shot of a huge bear killed in Japan waaaay back when.

I want to say samurai era but they didn’t have film so it’s sometime after that but way in the countryside.

Either way, I would freak out if that thing came knocking on my door at night…WTF  wwww