With media coverage of Fukushima disappearing from the news, we thought we’d repost some famous pictures of the town after the nuclear evacuation. 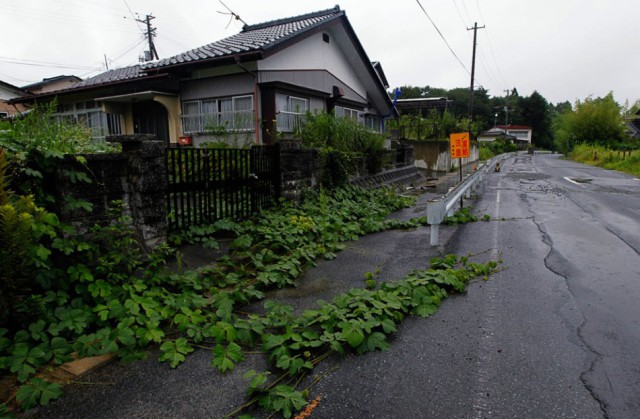 Despite looking normal, only the unkept vines would hint to the lethal amount of radiation in the area. 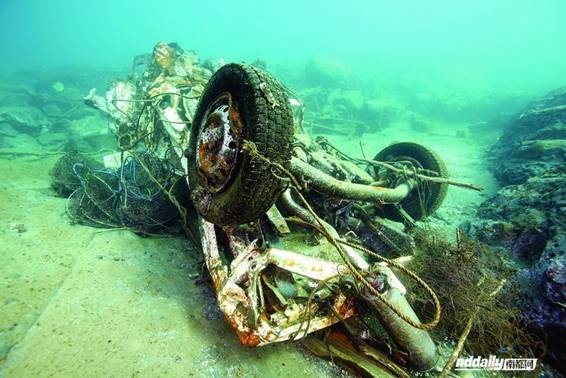 The rest is floating it’s way to the west coast of America and eventually end up in Hawaii. 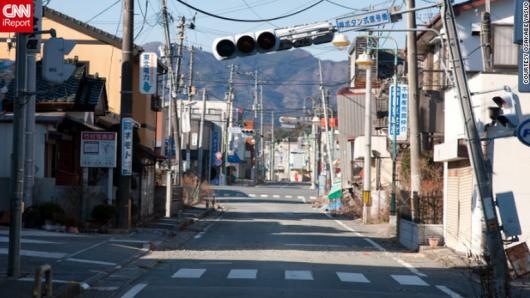 The tilting stop lights tell the story of how strong the earthquake impact was. 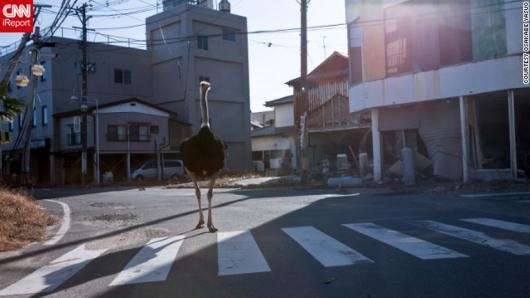 The only inhabitants of the town now are animals.

This ostrich escaped from the zoo and is now freely roaming the streets of Fukushima. 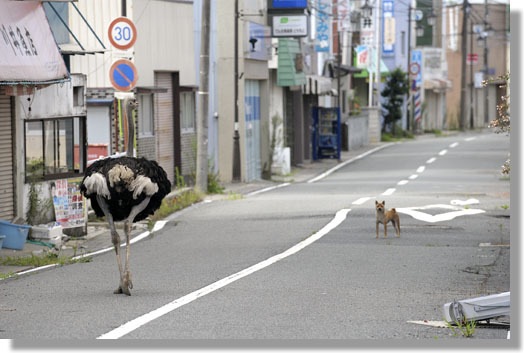 Besides the lone ostrich, packs of Shiba Inu dogs roam the streets for survival.

Once pets, they are now wild dogs just trying to survive.

I wonder what they are both thinking? 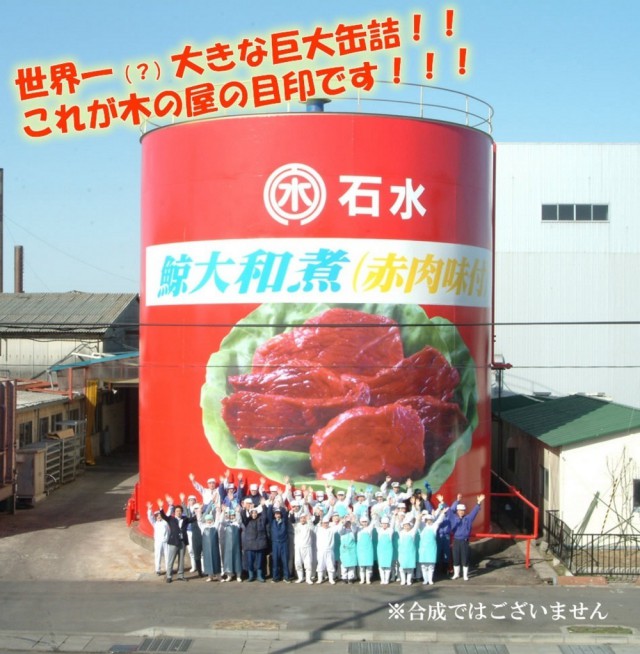 Once the pride of the town… 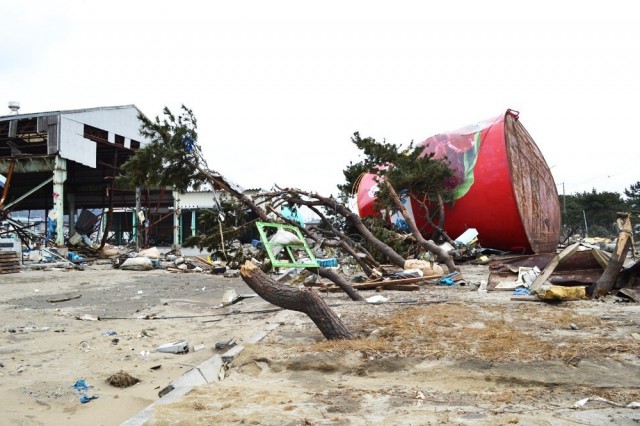 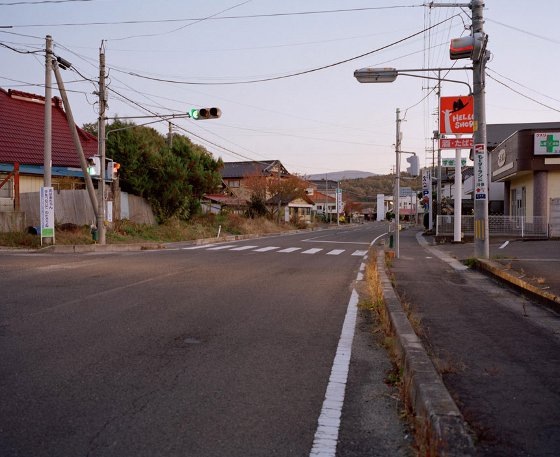 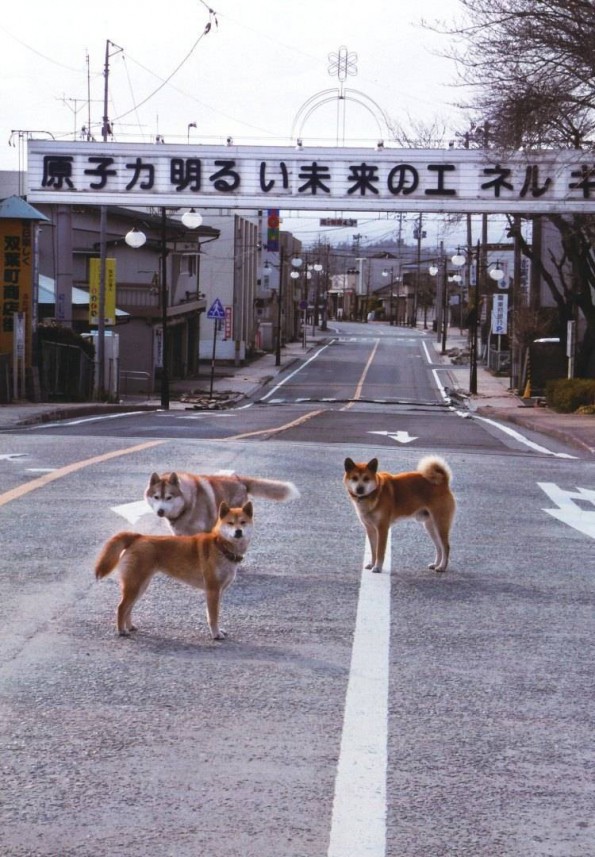 The sign reads…”Nuclear Power: The Energy of a Bright Future.” 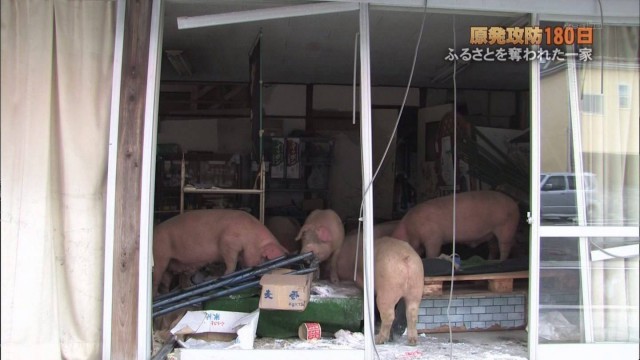 Piggin’ out at a friends house…literally… 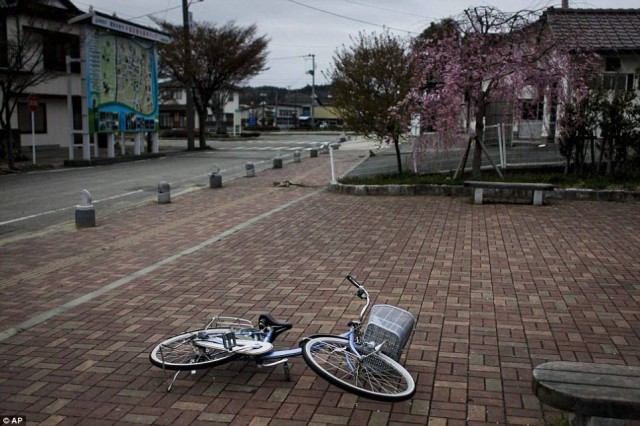 This image sends out so many messages… 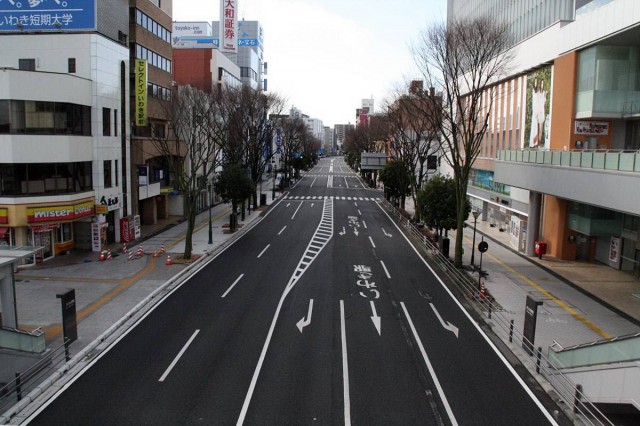 So when can people return? Who knows?

The earthquake itself wasn’t anyone’s fault, but everything else that happened afterwards carries a certain amount of human responsibility.

Hopefully, pictures like these will make people to stop and think about what happened…even if for just one moment.