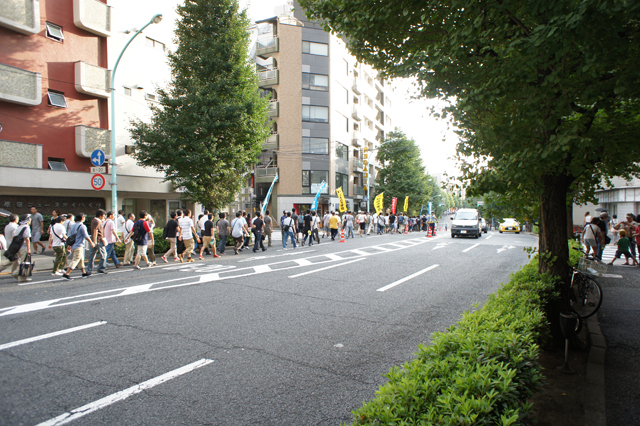 While eating lunch in Tokyo, I noticed that it was pretty crowded everywhere I went. There were people all over the place and loud chanting. 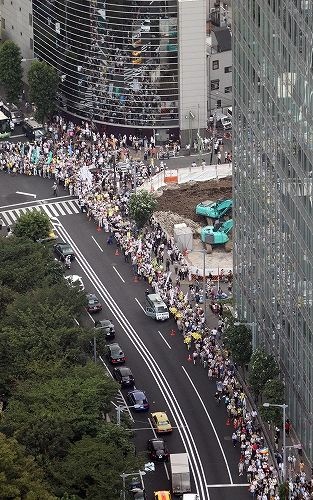 However, I didn’t know the scale of the strike.

This was the “Sayonara Nuclear Energy March”, part of a nation wide petition to stop nuclear power in Japan. 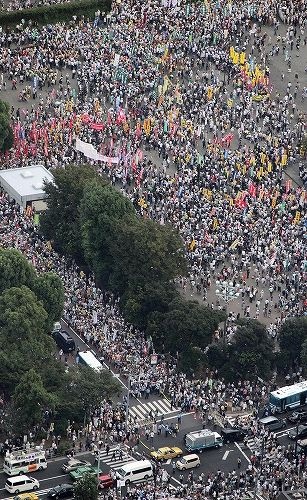 As reported here on Tokyo Insider before, Japanese media kept ignoring coverage of all the anti-nuclear strikes so the organizers decided to go full power.

With estimates ranging from 30,000 to 60,000 people, the turn out was so huge that TV couldn’t ignore the reality anymore. 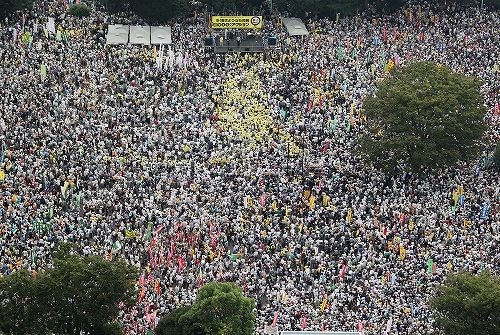 I just want to say that there were ALOT of people. 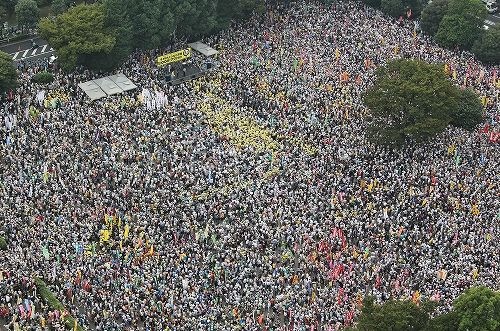 Will this stop nuclear power in Japan?

Can Japan realistically move away from this power source without crippling the already battered economy?

Probably not right away…

but at least the message is out there and Japanese are finally starting to wake up and take action against one of the lamest governments in the world.

Man, how did people go to the bathroom here?

Pin It
Previous post:
Stand up Japan Next Post:
All in one day: a visual recap of Typhoon 15 (ROKE)