Here are two illustrations that really sum up what’s going on for REAL in Japan.

The bottom line is that radioactivity is here for real but the government is not admitting it.

Below is the government and pro business entities trying to convince the people everything is safe and normal….

It’s pretty sad when Japanese are trying to fool Japanese. 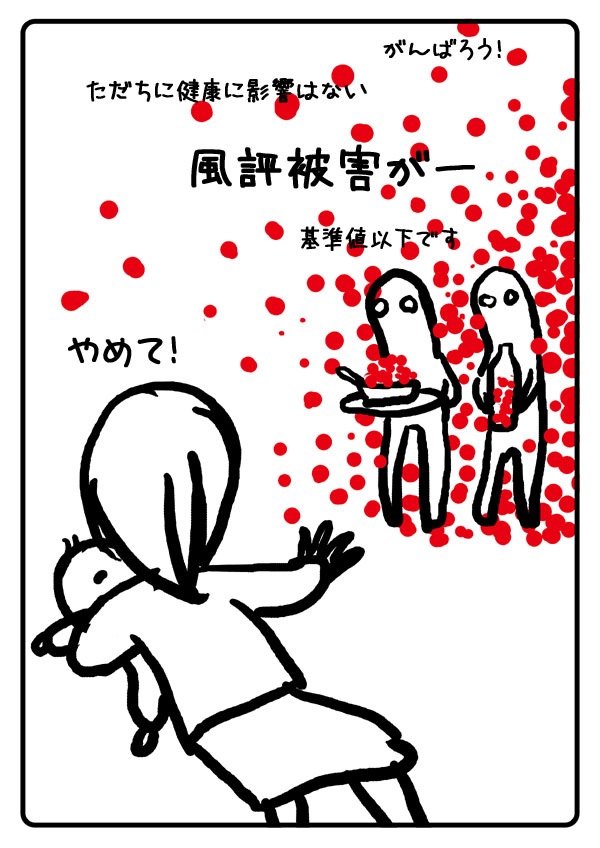 The Pic uses the most commonly used phrases on TV and reads:

“There are no immediate health effects.”

(A common government tagline used to calm the Japanese people when talking about radioactively contaminated air, food and water.)

“Word of mouth is hurting us .”

(Referring to the word of mouth scare that is causing people to stay home and avoid anything produced in Northern Japan. Tourist spots and products that have nothing to do with Fukushima have been hit hard due to “word of mouth” scares)

The next illustration refers to the official radioactivity levels released by the government.

Private radioactivity readings posted on the net have been censored.

Government readings are mainly taken from 20 meters in the air by sensors not designed for nuclear disasters.

Radioactive fallout continues to show high readings on the ground and especially after rain.

Maybe not harmful immediately for adults, but for children and long term exposure, it’s not the best situation in the world. 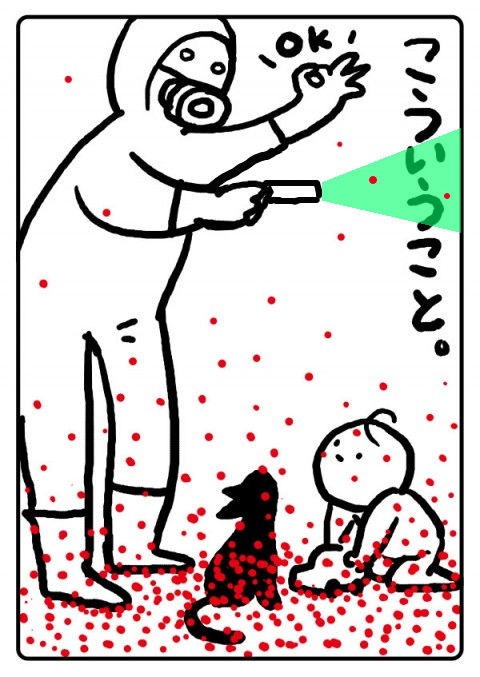 This is what everything means…