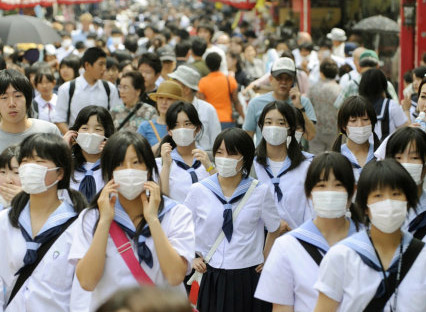 In most countries, the SICK person wears a mask to prevent others from catching the same illness.

In Japan however, the HEALTHY people will often times wear the mask to prevent from getting sick.

Many of my friends comment on how everyone looks like seriously sick people straight out of the hospital.

Wearing masks as a courtesy measure is not common in many countries.

However, with a population density as high as Tokyo, it’s pretty common and accepted for everyone who is sick…

and people who don’t want to be sick… 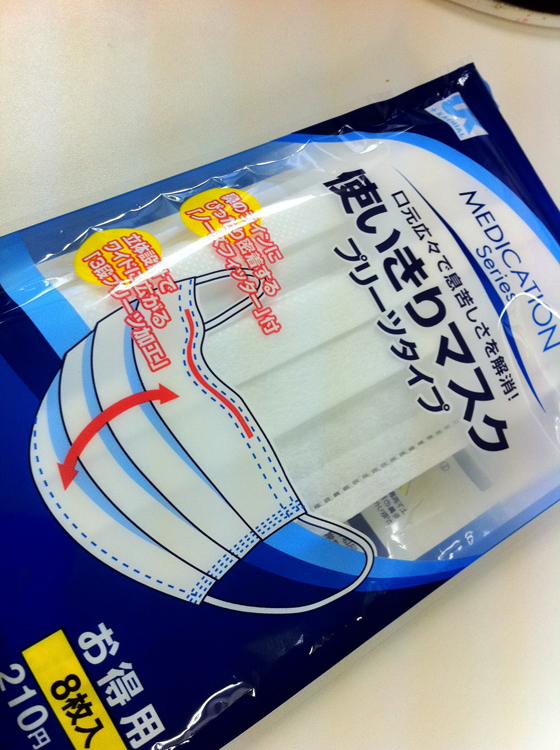 Wearing a mask at first feels awkward to say the least.

Wearing the mask is a battle with oxygen…and you breath…even if you brush!

I can’t explain the organic, mushroomy like odor that evolves even after the best brushing and Listerine.

Knowing that even the cutest girls probably rock this mushroomy smell, I come to the conclusion that it is an inherently “good” and appealing smell natural to humans. Sort of like taboo.

Anyways, wearing the mask also produces a warm, humid zone over your mouth and cheeks.

You get used to it after a few times but many first time users will find themselves gasping for air.

After you get used to it however, the mask can be quite useful.

You can cough all you want in the crowded train and little old ladies won’t give you a dirty look.

You can hide your expression at work behind the mask.

You can say things like, “Yeah, blow me…” without anyone ever knowing. 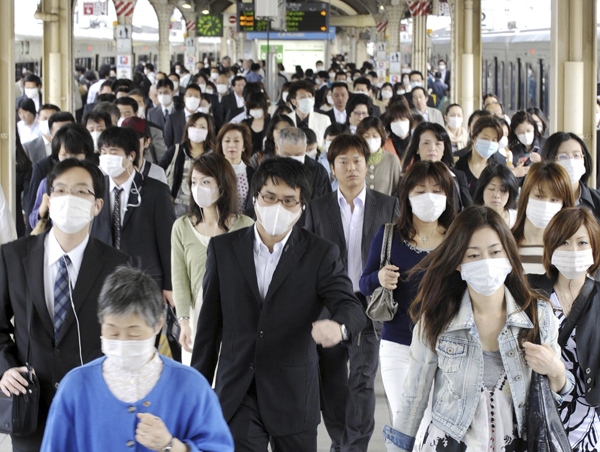 So the next time you’re in Japan and see this,…don’t worry.

No need to run…it’s a civilized society.

But it is kinda gross when you think about it…  ; ) 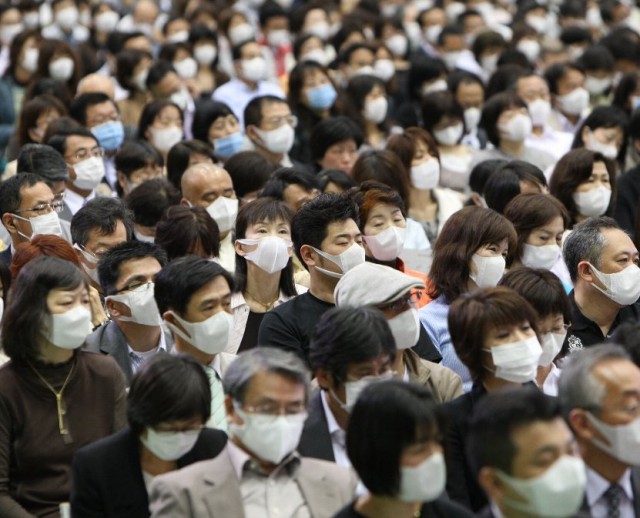 One Response to The face mask