For Japan, 2010 was a year to forget…by the Mainichi Daily News

This is a great article from the Mainichi Daily News summing up JAPAN in 2010.

In Japan, it’s traditional to forget the past year and to move on.

With that in mind, I just thought this article was a great summary of Japan in 2010 and although it wasn’t the best year ever, it’s nice to look forward to 2011. 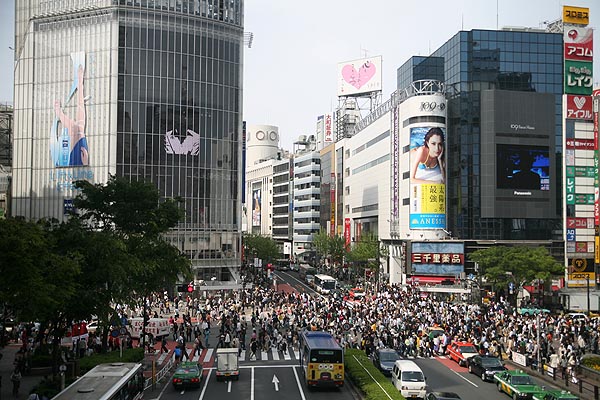 In this photo taken on Dec. 22, 2010, office workers head for a train station in Tokyo. (AP Photo/Shizuo Kambayashi)

TOKYO (AP) — Japan has been overtaken by China as the world’s No. 2 economy. Its flagship company, Toyota, recalled more than 10 million vehicles in an embarrassing safety crisis. Its fourth prime minister resigned in three years, and the government remains unable to jolt an economy entering its third decade of stagnation.

For once-confident Japan, 2010 may well mark a symbolic milestone in its slide from economic giant to what experts see as its likely destiny: a second-tier power with some standout companies but limited global influence.

As Japanese drink up at year-end parties known as “bonen-kai,” or “forget-the-year gatherings,” this is one many will be happy to forget.

Problem is, there’s little to look forward to. With a rapidly aging population, bulging national debt, political gridlock and a risk-averse culture slow to embrace change, Japan’s prospects aren’t promising. And a tense, high-seas spat with China has intensified fears of its neighbor as a military as well as economic threat.

A few optimists hope Japan can harness its strength in technology and its “Cool Japan” cultural appeal — from fashion and art to “anime” cartoons. The country needs to shed its reliance on manufacturing, they argue, and find new growth areas such as green energy, software engineering and health care for its elderly.

But talk to university students, and their outlook is bleak.

In this photo taken on Dec. 22, 2010, office workers head for a train station in Tokyo. (AP Photo/Shizuo Kambayashi)

Many worry about finding steady jobs and whether they can support families — concerns that have contributed to Japan’s low fertility rate of 1.3 children per woman. Average household income has fallen 9 percent since 1993.

Makoto Miyazaki, a 22-year-old student at prestigious Keio University in Tokyo, senses forces outside his control — and Japan’s — are going to dictate his future.

“Internationally, Japan is between big countries like China and the U.S. And Korea is becoming a major competitor — that’s a big threat to Japan,” he said. “I feel like we have fewer choices.”

It’s a startling contrast with the 1980s, when Japan was flush with cash and some experts believed its economy was poised to dominate the world.

Millions have given up the goal of lifetime employment at a major corporation and become “freeters,” flitting among temporary jobs with few if any benefits. As companies cut costs, temporary workers have grown to a third of the work force, up from 16 percent in the mid-1980s.

Further, the population is projected to fall from 127 million to 90 million by 2055 — 40 percent of them over the age of 65. That’s going to place a heavy tax burden on workers.

Economic difficulty is a chief reason more than 30,000 Japanese have committed suicide every year for the past 12 years.

Hopes for change from the Democratic Party, which toppled the long-ruling conservatives last year, have fizzled. The Democrats lost control of the upper house of parliament in July elections, setting the stage for political gridlock.

His prescription: “Open up the country.” He advocates reducing trade barriers, loosening regulations and making the country a more attractive place to invest.

His Cabinet recently approved cutting the corporate tax rate by 5 percentage points to 35 percent and is weighing whether Japan should join a U.S.-led free trade zone, the Trans-Pacific Partnership, that would slash tariffs on everything from electronics to food.

Business leaders say doing so is vital, but farmers fear a flood of cheaper imports would ruin them. Analysts say it could be a vehicle for economic revival but also lead to job losses and social dislocation, especially in rural areas.

“Merely unleashing the forces of competition and the free market isn’t going to do the trick because people who feel vulnerable will crawl back into whatever they have,” said Koichi Nakano, a political science professor at Sophia University in Tokyo.

Nakano and others say sweeping changes are needed in both policy and mindset, from expanding the social safety net to overcoming a deep fear of failure that has constrained entrepreneurship and risk-taking — and Japan’s economic potential.

About 77 percent of Japan’s jobless aren’t getting unemployment benefits, according to International Labor Organization data, in part because temporary workers don’t qualify.

Japan can be innovative: It is the world leader in hybrid vehicles and industrial robots. Nintendo’s “Wii” gaming console is a hit in living rooms around the world. Entrepreneur Tadashi Yanai, Japan’s richest person, built Fast Retailing Co. and its low-cost Uniqlo brand into one of Asia’s biggest clothing retailers.

But Japan sometimes undermines itself by being insular. Its sophisticated mobile phone industry, for example, has failed to grow overseas because it operates on a network hardly used anywhere else — earning it the nickname “Galapagos Syndrome.”

One optimist is Michael Alfant, an American who has worked in Japan for 20 years. He sees the country becoming more entrepreneurial and focusing on opportunities in service industries.

“Japan is reinventing itself,” said Alfant, CEO of Fusion Systems, a startup software company, and the incoming president of the American Chamber of Commerce in Japan. “I’m very confident Japan will get there.”

Any change is likely to come gradually.

A conformist, consensus-based culture means Japan is generally slow to make changes or respond to crises — as seen in Toyota Motor Corp.’s handling of its safety woes.

“One would think there would be more of a sense of urgency here,” said Jeff Kingston, director of Asian Studies at Temple University’s Tokyo campus. “At best, Japan will muddle through, meaning it will avert catastrophe, but it is hard to see anything but bleak prospects in a country that should be doing better given its enormous strengths.”

Japan seems destined to follow in the footsteps of former global powers such as France and Britain. That’s not necessarily bad, said Sophia’s Nakano.

“If you manage the decline reasonably well and turn things around in a different direction,” he said, “it’s possible to retain some influence and reinvent oneself as a soft power, a relevant player on the world stage.”