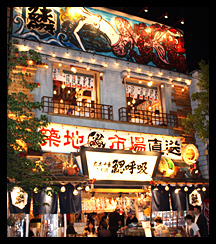 This is a favorite of mine I’ve been meaning to post.

I love fresh sashimi, seafood and grilled food so this place was a perfect match for me.

The theme is cheap fresh seafood, good beer, and cook it yourself. 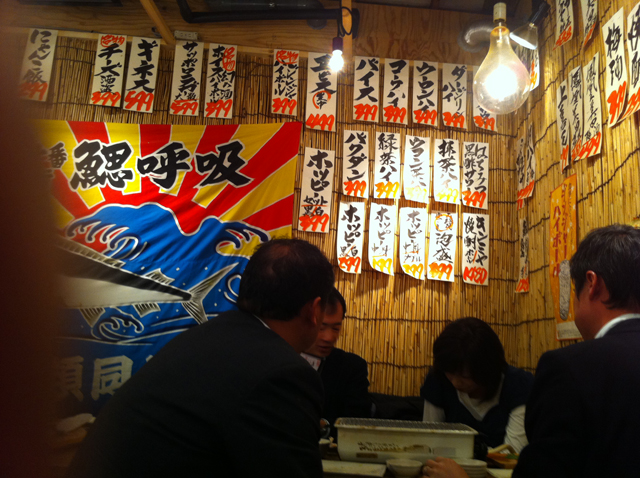 The interior is designed like a “yatai” or outside makeshift restaurant. It’s very Japanese and the mood is bustling and loud.

Those white tabs of paper on the walls are all menu selections. It’s a common way of showing the menus in typical Japanese izakaya’s (drinking restaurants). 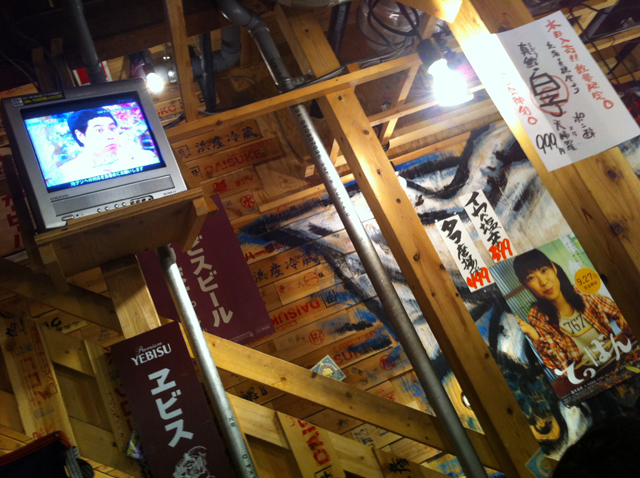 It sort of adds to the home built atmosphere,…almost like camping or in a lodge… 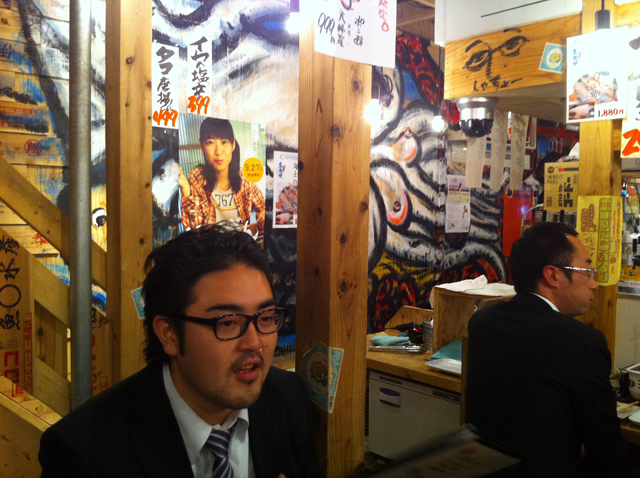 The place is packed with young people and businessmen who all have one thing in common. They all like super fresh food and good beer for reasonable prices. 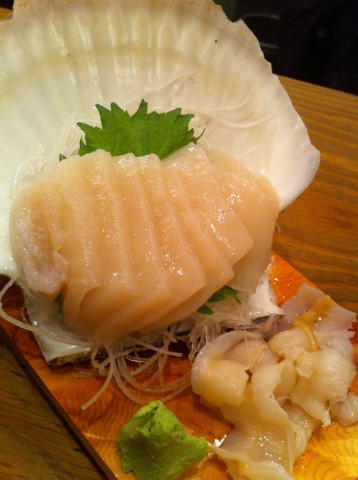 Both the inner and outer portions of the scallop have been carefully prepared. 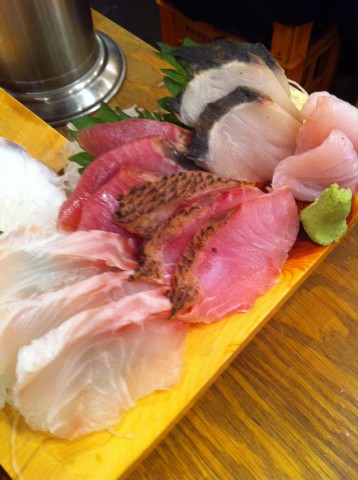 A great assortment of sashimi.

Many of these fish are not available outside of Japan. 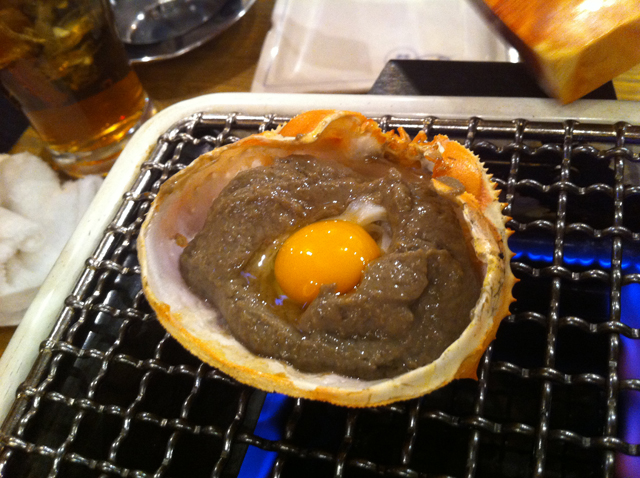 One of my favorites is Kani Miso or crab miso.

Mix a small quail egg yolk and grill it until it cooks. You can order items individually so everyone gets what they want. Here we have some fresh jumbo shrimp, Sazae sea snails (It tastes better than it sounds!), and some scallops with butter, sake and shoyu. 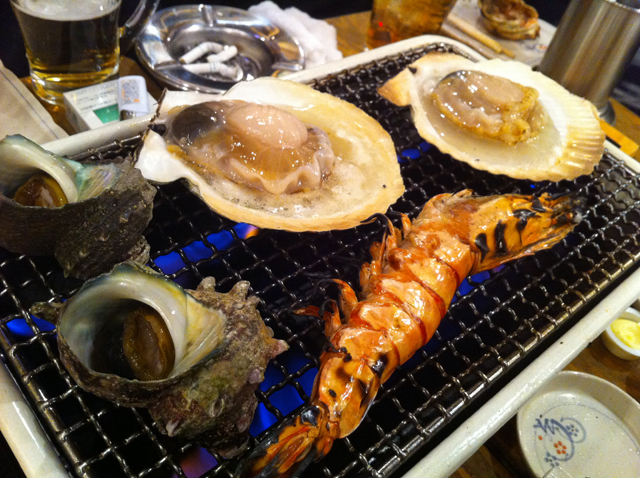 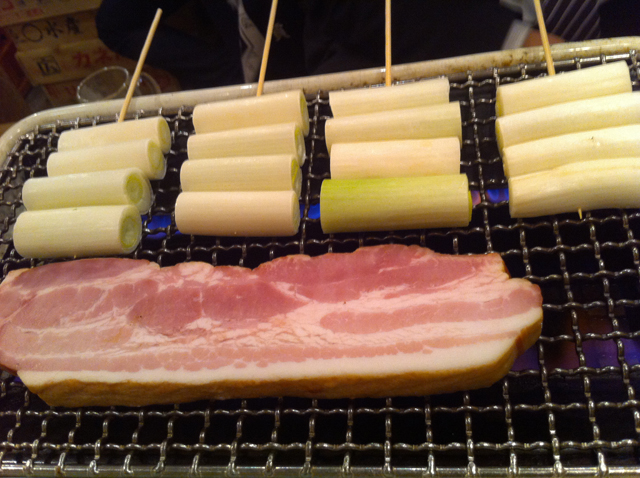 Once you’re done with seafood, you can opt for some Toro-fatty Ham (as if Ham isn’t fattening enough on it’s own…), and sliced onions. There’s a whole menu of vegetables that you can grill. 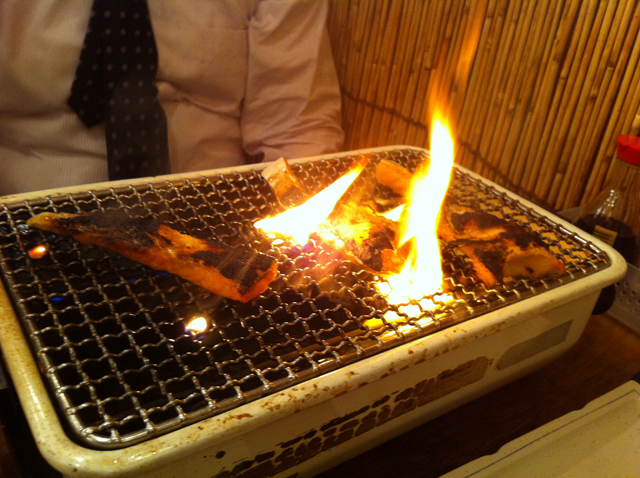 We also ordered some rare Toro-fatty Salmon that is much richer than normal salmon. It was so fatty that the whole thing caught on fire and our grill was out of control… 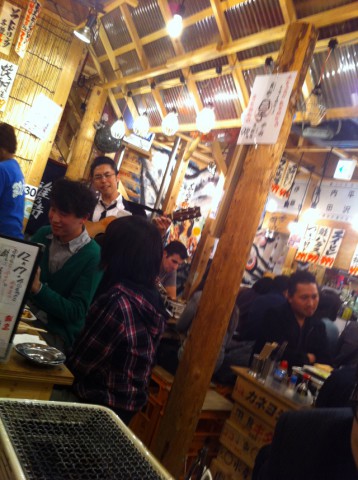 So with the excitement of fire, beer and live entertainment, Era Kokyu has quickly become one of my favorite hang outs.

I highly suggest a visit if you’re in the area.

As for the live entertainment, there’s a guy with a guitar who will sing you songs. He’ll give you a menu of songs he can play , but charge you 500yen per song.

No thanks for me.

You’ll see the store on the left.