Beware of the Umbrella Thief…they’re probably your friend… 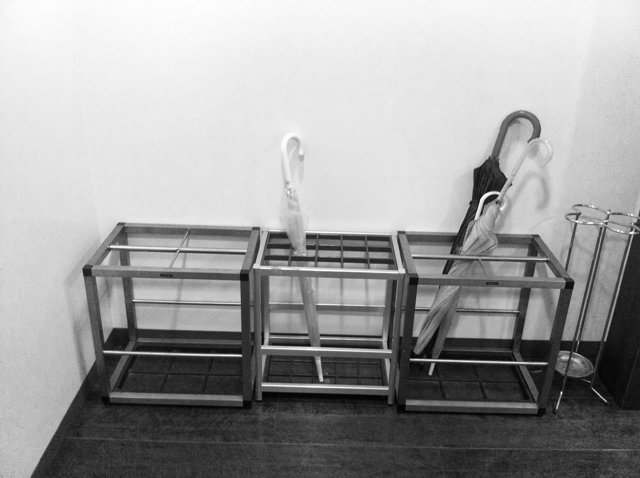 For a country that prides itself so much on courtesy, cleanliness and politeness…there is one thing I just can’t understand.

If you use a clear plastic umbrella, watch out!

See, it rains quite a bit in Japan so umbrellas are a necessity.

They sell these cheap clear umbrellas at convenience stores etc… so you’re never really in trouble if it starts to rain hard.

However, somewhere along the line, people started saying,

“Hey, since these umbrellas are cheap and everywhere, it must be OK to take one whenever you see it!”

“Whoever bought won’t mind…they can go just buy another one and I’ll borrow this one!!”
WTF!?

I don’t know about other Japanese, but if I pay 500 yen (or around 4 bucks) for an umbrella, I would like to use it for awhile.

I’ve had my umbrella stolen at work by my coworkers 3 times now leaving me completely stranded at the office and having to run to get another one at the store!

So what did I do?  I sent out an email to everyone saying I’d steal the next one I saw…and people said that was not nice…

Be careful at restaurants too…Japanese will steal your umbrella.

Old ladies!! I’ve seen it before!!

So what do I do? (as do many people if you watch closely)

You take the umbrella with you inside…

dripping wet or not…

that’s not my problem.