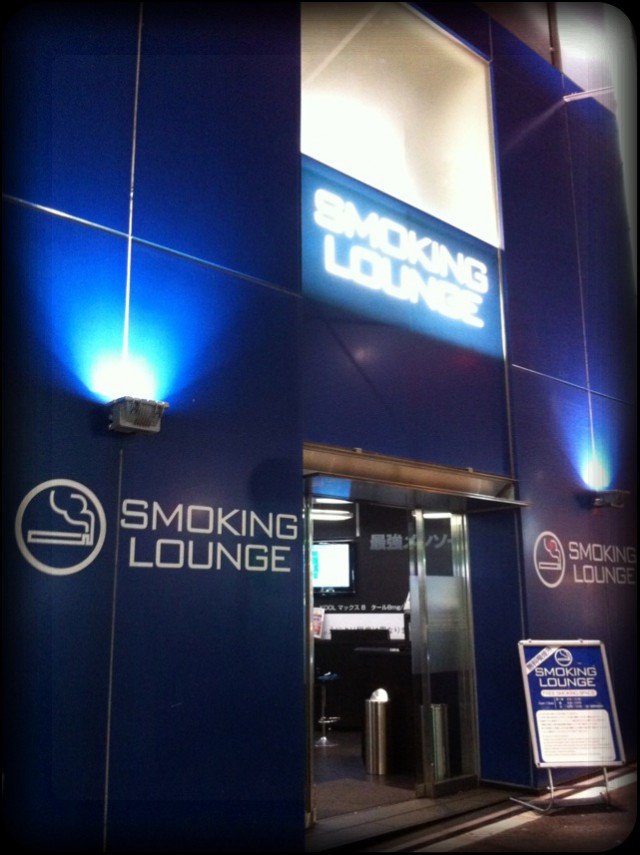 It’s become more and more difficult to smoke in public all over the world. Try smoking in a restaurant in LA and you get a nasty look from the girl sitting next to you and a nice fine.

I can understand not smoking indoors. Confined area, courtesy to others etc…

But in Tokyo, they take it one step further by outright banning smoking OUTDOORS in many areas.

It’s not everywhere, but growing.

Some places don’t allow you to smoke and walk either because of the trailing smoke.

You have to be careful and keep your eyes open for signs or you might get warned by the local police.

Of course, there are assigned smoking areas outside where the poor people have to huddle together to smoke. They totally look like a bunch if addicts in a fog of smoke. Haha, glad I quit early.

Some of the advanced areas have filtering fans that suck up the smoke which is pretty cool too.

But the grand daddy of all smoking areas has to be here in Roppongi.

You still have friends here.

Ahh… Only in Japan.

Sent from my iPhone