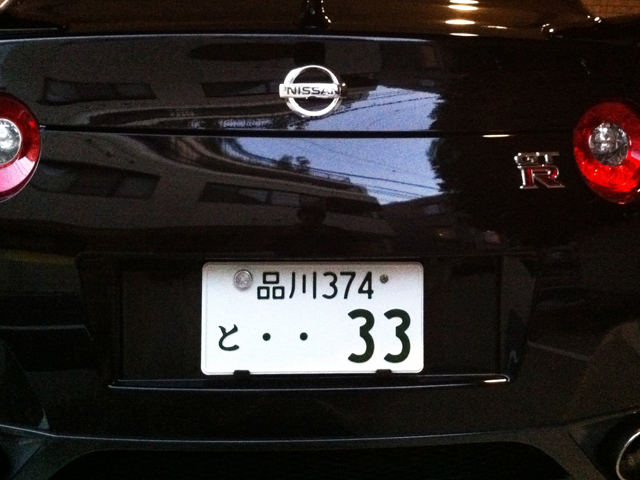 One thing I notice when I drive around in Japan is what I like to call “License Plate Discrimination.”

You can tell when you are being discriminated against when BMW’s and Mercedes cut you off or won’t let you merge… You know it’s real bad when taxis won’t even let you in.

Sometimes, people will flash their headlights at you and give you a dirty look as they pass you by…

For a foreigner, it may be puzzling as to why this is happening.

Let me explain to you what is happening. 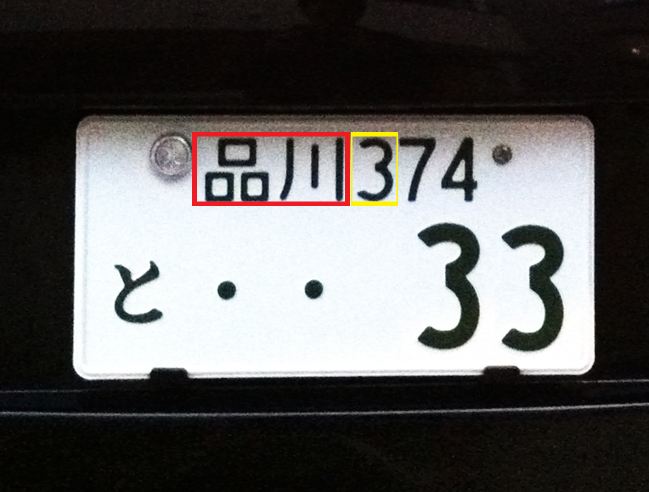 For one, they are most likely looking at your license plate and labeling you in all sorts of different ways.

They’re probably saying unpleasant things about you inside their car. Comments such as, “Go back to the countryside you inaka-mon (country person)”…or… “Get that tiny piece of crap out of my way.”

How do they know?

For starters, the number in the yellow box designates how large your engine displacement is. The “3” is for engines over 2 liters and “5” is for engines smaller than 2 liters.

For island nation Japan, you get taxed more for larger vehicle engine sizes AND heavier vehicle weight. Basically, the bigger the car, the more expensive it is, …thus,…the richer you are.

But it’s the Japanese kanji characters contained within the red box that really hold the key.

That is the location of the government office that issued the license plate and registered the vehicle.

Yes, … In Japan, it is socially very important where you live or where your home town is from.

It’s one of the first things people ask you at dinners and parties. It sort of sets your social status.

What’s your name? How old are you? Where are you originally from?…ahhh…I see…

The 「品川」kanji you see here is the one issued from central Tokyo and has the highest status of them all. People actually rent parking spaces within the city limits to get this license plate. It’s a type of status symbol (especially when you drive into the countryside.)

You could own a Ferrari or Rolls Royce, but if you have a country issued license plate, people will look at you as “the richest person from the village”…and you just can’t win.

They’ll still yell at you to move out of the way, assuming you don’t even know your way around the city because you are a country bumpkin.

This is the reality. 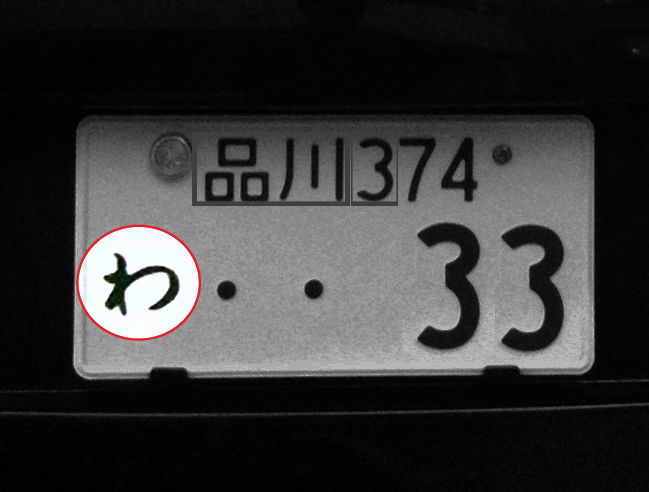 This is for rent a cars.

Once again, get out of the way…

Now combine a rent a car plate with a country side city, and you might as well get out of the car and give up…

In the end, I know every country has their own form of license plate discrimination. It’s like a guy in LA yelling at a slow car with a Idaho plate…