Despite having an utter lack of personal space, living in Tokyo is like living 10 years in the future.
(Please note that I said TOKYO, …not Japan. There are still plenty of cities in Japan that are in the stone age…)

But Tokyo is a whole different story… It’s so unique that it’s often called Planet Tokyo. One of the “must haves” in Tokyo that separate the locals from the tourists is the use of electronic money.

Yes, the concept is global, but the daily practice and it’s impact on fast paced society is most evident here.

You can buy train tickets, drinks, food, and many more things with it.

The 3 major “brands” of e-money are Edy, SUICA and PASMO.

There are more out there, these are the main ones. 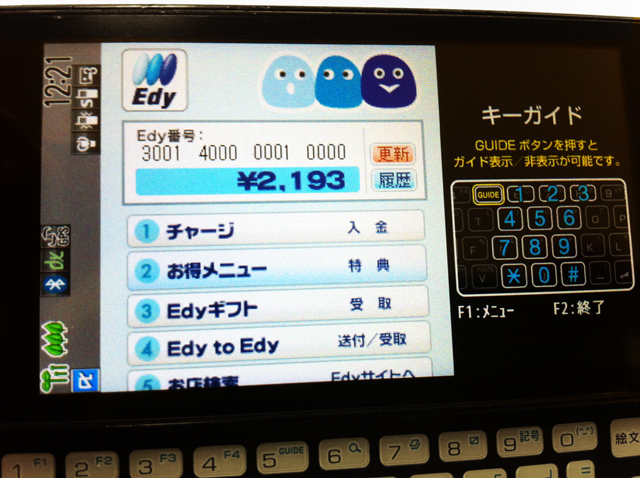 Edy was the first major one.
It is offered either as a card, credit card, or as an application for a “cellphone wallet” compatible phone.

No iPhones or Blackberries here.

Mostly used in convenience stores, and restaurants, it speeds up checkout time,eliminates unwanted 1 yen coins, and causes you to spend more money than you really want because it’s so easy to re-charge. 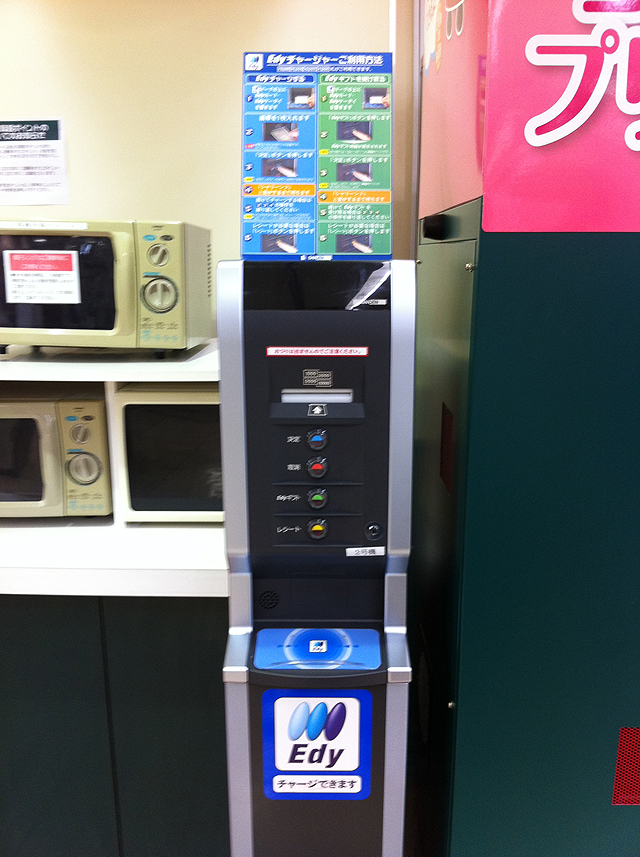 Charging can be done in 3 ways:
1) at an Edy charge machine (sort of rare)
2) at the cash register of any Edy accepting convenience store (just hand the guy cash and say “Edy charge”)
3) through a Japanese credit card that is linked to your Japanese cell phone account
(very convenient and dangerous because you spend so much).

I like Edy because I can link it to my ANA mileage account and accrue mileage as I go along.

As with all things Japanese, Edy has a cute little mascot that looks like 3 sickly gum drops.
It looks like the 2 on the left don’t really like the guy on the right…

He’s in is own little world…

They’re definitely talking about him. 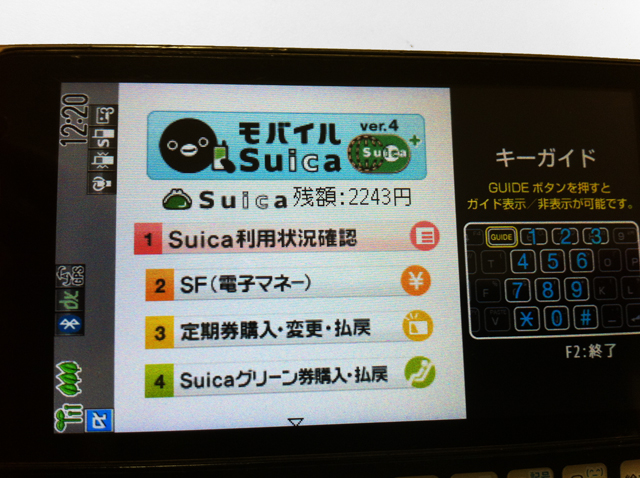 SUICA is also one of my favorites. 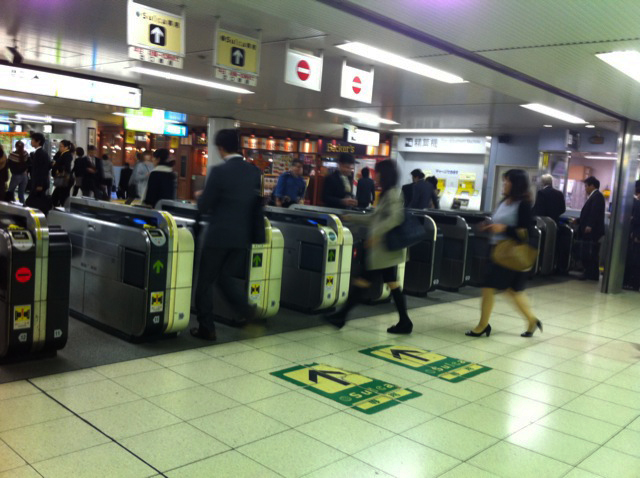 SUICA is the e-money offered by Japan railways JR.
This is the one that really blew open the door to e-money acceptance.
It eliminated the need to buy train tickets every time you wanted to board.

You just charge a certain amount on the account… 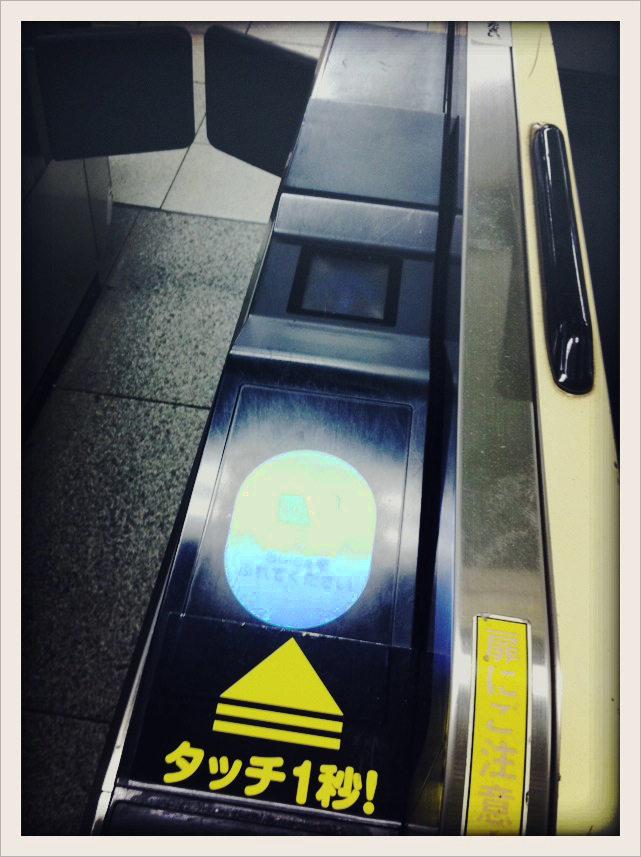 place the Edy phone or card on the reader… 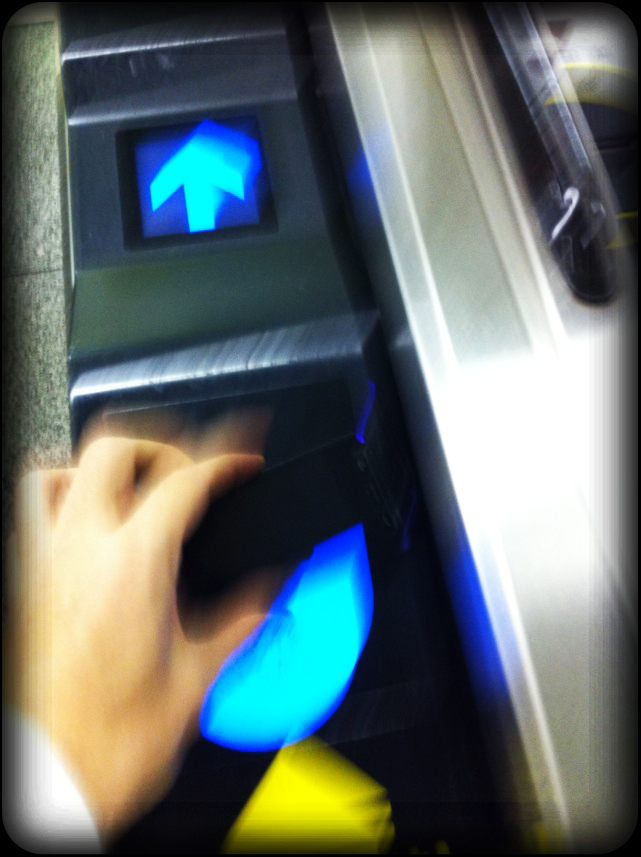 It does wonders to speed up traffic thru the gates. 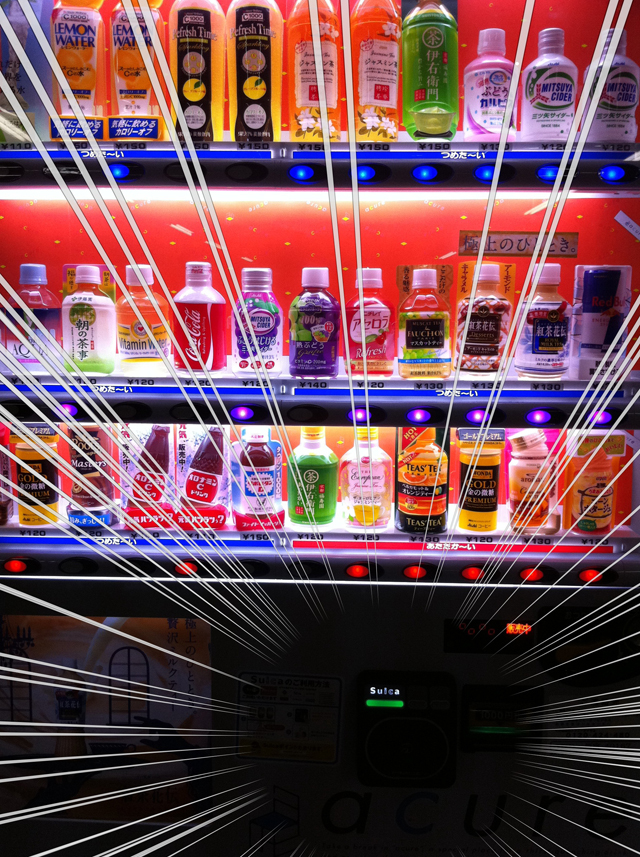 SUICA is also accepted at vending machines, convenience stores and restaurants, but doesn’t have the ANA mileage
advantage so I only use it for trains.

This is a big issue when you charge in the convenience store and have to wait until the
credit card process is done.

How impatient I have become with all these conveniences.

I also use SUICA for my “Teiki-ken” which is my commuting pass. You can pre-purchase discounted
fares for certain commuting distances. Once again, not revolutionary, but super convenient.

One of my pet peeves though, is people who don’t monitor their SUICA balances.

Immediately, the gates close, the card reader turns red and makes an embarrassing noise…
Everyone obviously rams into each other to make a nice human sandwich, and now has to let that guy back out…

in Japan, I guess it’s normal.

That goes for you girls too! …You’re worse…

SUICA too has a cute mascot. He is a penguin with a cell phone. Why a penguin? 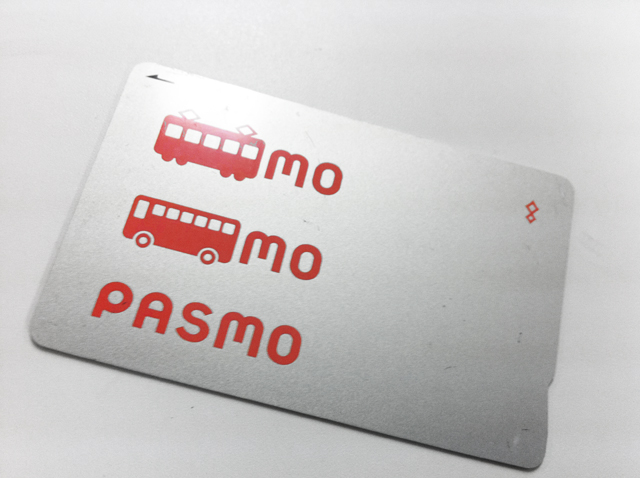 Last, but not least is PASMO.

Only offered in charge card form with a 500 yen deposit, this is the official e-money
offered by Tokyo Metro for subways and buses. The only reason I see to have this is
if you’re a hardcore bus rider, or for the subway commuter passes. Either way, PASMO also sucks
because they don’t offer a cellphone application for your Japanese phone…WHY?
I don’t know.

On a side note, many of the vending machines in the subway stations accept PASMO as payment for drinks etc…

Since iPhones and other “foreign” brand phones don’t accommodate e-money,
you have to use Edy, SUICA, and PASMO cards to take advantage of the benefits.
This sucks because you have to buy cases that hold the cards piggy back style on the outside of the iPhones etc…
Bulky to say the least.

But in general, these cards are super convenient and make life move that much faster.
All I remember is wanting to have these cards so bad when I first came over.
It’s like a badge saying that you live here and are “in”.

Now, if all three companies could figure out a business model where we could just have ONE currency,
things would be even more convenient.